The Benefits of Wall Anchoring

Basement walls that bow, buckle and crack are usually a sign of a much more serious problem like hydrostatic pressure. Hydrostatic pressure is a phenomenon that occurs when water meets the basement wall and increases the load that the wall is forced to support. Over time, this heightened level of stress compromises the structural integrity of the wall and can cause basement leaks.

For hollow block walls, damage usually manifests as horizontal cracks near the floor. For poured concrete walls, cracks are usually diagonal in nature and creep up the wall around corners. In the event of poured wall cracks, not only does the wall lose strength, it also requires a complex set of steps and materials to properly repair.

Basement wall damage usually indicates an ongoing problem that has existed well before the visible signs of damage began to appear. Foundation wall cracks only get worse over time so it’s important to repair them early-on. Scheduling a basement foundation inspection in a timely manner is critical and could save you money down the road. Typically, the sooner you can uncover and address the root of your basement problems, the less severe the structural damage will be.

Cracks in the wall are just the beginning of your problems. This type of damage leads to:

When you’re dealing with basement wall damage caused by hydrostatic pressure, wall anchors are often a good solution. They are cost-effective, minimally invasive and quick to install. Common wall anchoring methods include :

Wall Anchors are the strongest approach to wall repair and can be used as a stand-alone fix. However, depending on your unique situation, unless you correct the underlying cause of your wall cracks (most commonly fixing a hydrostatic pressure issue) you will likely have similar problems in the future.

Wall anchors may fix your cracks, but do they correct your drainage issue?

Depending on the severity of the basement damage, Olshan often recommends using wall anchoring in conjunction with other water management plans (like correcting drainage problems) to provide the best solution – one that treats the cause of the damage, not just the symptoms. 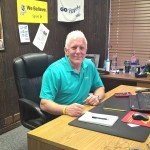