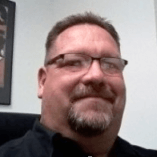 Chris Cates has been in the foundation repair industry since the late 80’s. Since 2014, he has been the General Manager for Olshan Foundation Repair Houston. Mr. Cates’ expertise designing foundation repairs, managing production, working with customers and management in both the residential and commercial structure side of the industry, make him one of the leaders in the industry both locally and nationally. He has worked on all types of structures in different regions of the country.

Chris’ work and expertise have been featured in the local Houston media several times, including appearances on the CW39 News, Click 2 Houston News, ABC 13 News, The Sealy News and The Houston Business Journal.

Recently, in November 2019, Chris’ commitment to continuous improvement and his important work in research and development, played an integral role in the development of a patented repair method (US Patent #10,428,516 B2) designed to stabilize damaged tilt walls.

Chris was born in Houston Texas, lived in Tennessee, West Virginia and Virginia. He attended college and played football at Virginia Tech and returned home to his home state of Texas in 1982 where he went to work in the Boilermaker’s Local Union #74 as a Boilermaker, fitter and welder.

He met his wife Sandy, and was married in May of 1985; together they have three sons, Christopher Jr., Thomas and Dillon. Chris and Sandy have also had the pleasure of fostering several children in the custody of C.P.S.

Most of the his free time is spent riding his Harley, helping to empower abused children through B.A.C.A.. He enjoys supporting charities that are focused on lifting up and protecting abused children.

His hobbies are cooking, fishing, hunting, riding his Harley and spending time with Sandy, good friends and his boys in the country at their family home in central Texas.

Foundation Watering System: protect your home from the damaging effects of drought

The risk of foundation damage threatens Texas homes as drought conditions drag on. As we face yet another season of extended dry weather, now is a good time for Texas homeowners to revisit the importance of foundation watering as a... Read more

The horrendous heat and dry climate not only affects your body physically, but affects where you live. One foundation expert says the extreme heat and lack of moisture has been the worse this year than in years past. One home in particular has dropped by two inches in just six months, he says there are plenty of ways to prevent future foundation issues.     Read more at [News 4 San Antonio] Extreme heat affecting your home

Drought conditions are causing serious foundation problems for homeowners in Houston. The extreme heat causes the ground to shrink and when it shrinks, the home settles in the gap that it creates, and it causes cracks on the interior and exterior of the home. Here's how watering your slab can help prevent or slow these problems.

Olshan is deemed an essential service and is currently operating in Harris County and surrounding areas. Olshan is dedicated to the health & safety of the local community and diligently adheres to CDC & local health safety guidelines. Read more at KPRC 12 Houston

Great news for engineers, builders, developers, and owners with tilt wall structures in their portfolio. Olshan's patented approach not only delivers quick time-to-value benefits, but can also  extend the life and value of the property.       Read more at Business Insider

It’s hard to beat tilt wall structures for speed and flexibility. Tilt walls are poured on site, near the footprint of the structure, and then raised into place once they’re cured. Because they’re formed close to the spot where they’ll... Read more

If you live in one of the key relief areas hit by Hurricane Harvey, you might have some good news coming your way. The Texas General Land Office has set aside some block grants you can use for home repairs,... Read more

Although it has been over a year since Hurricane Harvey, homeowners are still feeling the effects of one of the costliest tropical storms in history. While the short-term recovery has mostly concluded, the path towards long-term recovery and stability is... Read more

One year later, in the aftermath of Hurricane Harvey, Houston homeowners and city planners are still working to resolve one of the city’s most serious issues – flooding. The fact is, Hurricane Harvey, considered a “500-year storm” was hardly the... Read more

Foundation Repair From The Interior

When entire foundations are sinking and sagging, installing underpinnings such as support piers or pilings under the ground around the perimeter of the foundation is often the preferred method of repair. This will lift the foundation back to a satisfactory... Read more

Remodeling Your Home After Hurricane Harvey? You Might Want to Check the Foundation First

If your home took-on water during Hurricane Harvey and you suspect that you might have foundation problems, like cracks in walls or uneven floors, it’s best to have your home inspected before making cosmetic repairs or installing new flooring. Here’s... Read more

Mudjacking or Polyurethane Injection: Which is the Better Solution for You?

Concrete structures are subject to a wide variety of environmental stresses, many of which can cause damage, like cracks, heaving or sinking. Once settlement begins, these problems almost always get worse over time as the soil beneath the structure continues... Read more

We know choosing a foundation repair contractor can be a bit unnerving. Today Olshans own Chris Cates takes some time to offer candid, firsthand insight on what you can expect. Chris has over 20 years of experience in the industry... Read more

Are you experiencing an extra dry summer in your area this year? If so your home’s foundation could be at risk. Here’s how it works – expansive soils underneath your home soak up water causing the soil to swell. In... Read more

Is an Under Slab Leak Ruining Your Foundation?

Mother Nature isn’t the only force working against homeowners. Under slab leaks are another major cause of foundation problems. Leaky water and sewer lines can penetrate the soil under your home’s foundation causing foundation movement. The good news is foundation... Read more